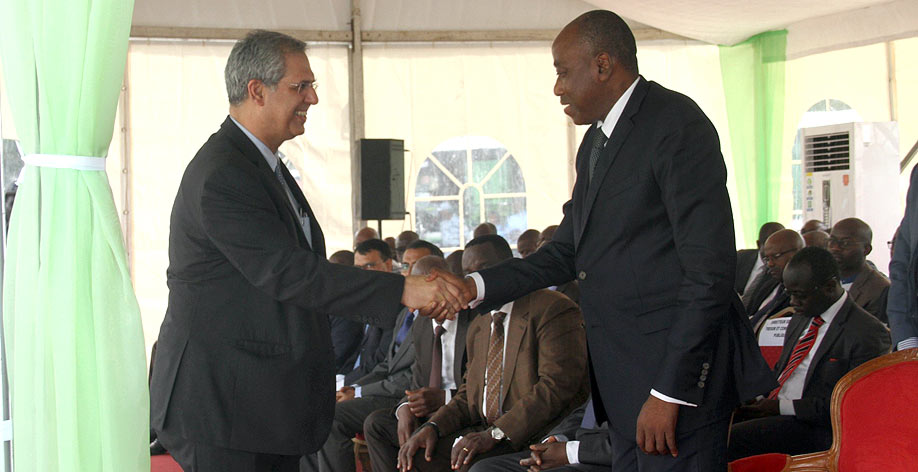 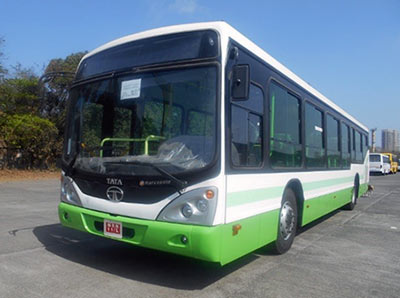 After having bagged an order for 500 new next-generation low-floor Urban city buses from the Ivory Coast, Tata Motors today handed over the first lot of 117 buses to SOTRA in Côte d’Ivoire’s economic capital, Abidjan. The buses are being financed under the EXIM Bank of India for operation by SOTRA – Abidjan Transport Company.

Built on Tata Motors next-generation HCV (Heavy Commercial Vehicle) bus platform, the Tata LPO 1924 RESLF Abidjan’s next-generation bus has been developed with inputs from SOTRA, with a high degree of customization based on feedback gathered through city trails, over the last couple of months.

In his message, Rudrarup Maitra, Head International Business – Commercial Vehicles, Tata Motors said,“Tata Motors is extremely proud to have received this order from SOTRA and has worked very closely with them to give Abidjan, a truly world-class solution, through a tried and tested partnership meant to bring about change in the transport system in Cote D’Ivoire. With a dedicated team of Tata Motors engineers, having worked with SOTRA on-ground over the last 12 months, we have probably achieved one of the highest levels of customization in public transportation in the region, to deliver more passenger comfort, safety and efficiency to Abidjan’s bus service.”

Rudrarup Maitra further added, “What we have achieved with a partner like SOTRA today is
a perfect example of a public-private partnership and hope to further partner other state transport units in the region, to better their respective bus services.”

With world-class aggregates from Cummins, Allison, Meritor, built by Tata Motors and draped by the world-renowned body from Tata Marcopolo, the Tata LPO 1924 RESLF bus is changing urban transportation in Africa & Middle East. A pneumatic driver seat, automatic transmission, lower NVH, tilt & telescopic integral power steering are feature inbuilt into the bus to better driver comfort. Wide inswing doors at the front and outswing doors at the rear, a wo step entry to the bus, six bellows air suspension, a wider gangway and comfortable seating are new features being introduced to SOTRA’s bus service.

Tata Motors Limited is India’s largest automobile company, with consolidated revenues of INR 2,75,561 crores (USD 41.6 billion) in 2015-16. Through subsidiaries and associate companies, Tata Motors has operations in the UK, South Korea, Thailand, South Africa and Indonesia. Among them is Jaguar Land Rover, the business comprising the two iconic British brands. It also has an industrial joint venture with Fiat in India.  With over 9 million Tata vehicles plying in India, Tata Motors is the country’s market leader in commercial vehicles and among the top in passenger vehicles. Tata cars, buses and trucks are being marketed in several countries in Europe, Africa, the Middle East, South Asia, South East Asia, South America, Australia, CIS and Russia.

Tatamotors14 February, 2018
You favourite #LevelNex rockstars p a r i k r a m a will play LIVE soon from the TATA pavillion Hall No. 14, 3 PM onward during #AutoExpo2018. Keep #RollingWithNexon, only on twitter, to know more. Rolling Stone India http://bit.ly/2EpMoqI

Tatamotors14 February, 2018
A rocking #LevelNex Valentine's Day indeed! Watch Parikrama perform LIVE at 3 PM at the Tata Pavillion Hall no. 14 during the #AutoExpo2018. Keep #RollingWithNexon to know more! Exclusively on Twitter. http://bit.ly/2F3Jysw
#LoveForYodha We asked ladies "What qualities of #TataYodha would they like to see in their Valentine?" We got a fe… https://t.co/hrSbY726IC
@Tatamotors14 February, 2018

Tatamotors14 February, 2018
#LoveForYodha We asked ladies "What qualities of #TataYodha would they like to see in their Valentine?" We got a few reactions from guys too! #AutoExpo2018 #ValentinesDay

Tatamotors13 February, 2018
We got some amazing entries from you all for #TrucksAreCool! Here are the ones we absolutely loved. #AutoExpo2018 #ConnectingAspirations

Tatamotors13 February, 2018
Second last day to get the #LevelNex experience of the Tata Nexon. Now on display at the #AutoExpo2018

Tatamotors13 February, 2018
Tiago EV and Tigor EV's Harman™ infotainment system, with 8 speakers, ensures you're grooving all the way to your destination. #ItsFantastico #TigorStyleBack